Post traumatic stress disorder (PTSD) is usually found in people who have gone through a traumatic event in their life at some point. These traumatic events may be warfare, sexual assaults, seeing a dead body or any other severe stress-inducing happening. The symptoms of the disorder usually start occurring within three months of the traumatic event. However, there is no thumb rule regarding the same and sometimes symptoms have been known to occur even after many years. 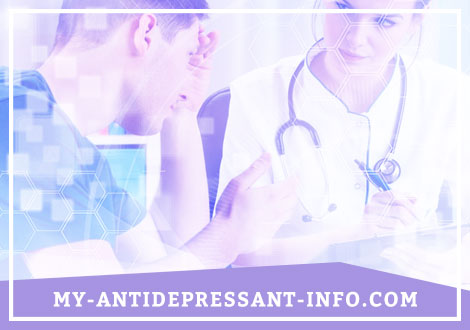 For a disorder which is not too well known, PTSD is pretty common. In many countries of the world, it can be diagnosed in 0.5% to 1% of the population. In some other countries, the rate is much higher.

Besides warfare and sexual assaults, PTSD can also be developed by survivors of concentration camps and natural disasters. Losing near and dear ones can also lead to PTSD in many cases.

However, a large percent of people who are exposed to traumatic events do not end up getting PTSD. It depends on the person and the kind of occurrence too. Children, for example, have been known to be less likely than adults to have PTSD. Similarly, personal events in the way of sexual assaults or abuse are more likely to result in PTSD than non personal events like earthquakes. In fact, 50% of rape survivors have been known to experience PTSD.

There are various symptoms of PTSD. Like other mental disorders, PTSD symptoms come up gradually and can be difficult to detect in the early stages. However, they can become dangerously intense if not cured soon enough. PTSD symptoms can largely be divided into four parts: Traumatic recollections, avoidance, negativity and physical or mental changes.

These include cases in which the person keeps going back to the event and thinking about it. These kinds of actions may make him more depressed and upset over what has happened. Often, people end up having recurrent nightmares about the incident which causes severe mental stress.

Being scarred of the traumatic event causes people to avoid all traces of it. Hence, they would recoil at the mere mention of the event. They would not want to talk about it. In fact, they would even want to avoid thinking about it. Though such avoidance might work out in the short term, it does not work in the long run. The memories, being unresolved, keep coming back to the person again and again.

People who undergo PTSD often start being pretty depressed with life and whatever is happening around them. They often lose all hope that things can get better or will get better. It might lead to a downward spiral where a person becomes blind to the positive aspects of life.

PTSD is usually characterized by anxiety which lasts for more than one month. Hence, long term negativity starts showcasing itself in a number of ways. The person might be lethargic for most of the day and might not wish to do anything. He might lose interest in hobbies and might have difficulty in expressing positive emotions. Lastly, he might face problems in nurturing and maintaining close relationships with people.

Continuous mental anxiety for a long period of time can also lead to an extremely stressed out brain. In this condition, it is common to have nightmares or experience insomnia. Also, the person might experience rapid and unnecessary mood swings. He might become too mercurial and may at times, take his life for granted. As such, behaviors like drinking and rash driving can see a spike.

The symptoms may be slightly different for children. They have their own ways of expressing deep seated emotions or anxieties. The most common way in which children express themselves is through play. Often, they would try to recreate the scene of anxiety while they play. Children below 6 years old might wet their bed or forget the language they had learnt. They may even feel severe mental stress, which would express itself in the form of troubled sleep patterns.

Like other mental disorders, PTSD can also be difficult to diagnose in the first instance because of its highly subjective nature. Often people are found under reporting symptoms. This is because they are afraid of the stigma attached to mental disorders. Also, they feel that such tags might make them unemployable for some time. On the other hand, some people are found over reporting their symptoms so that they can claim government benefits. People convicted of criminal charges also often over report symptoms so that they can get their sentences reduced.

These were instances where people deliberately tried to under report or over report. However, there are some genuine issues too which are not under the control of either the patient or the medical practitioner. PTSD symptoms often overlap with other mental disorders such as OCD and anxiety disorders. Plus, it has been seen that substance abuse can produce effects similar to those found in PTSD patients. 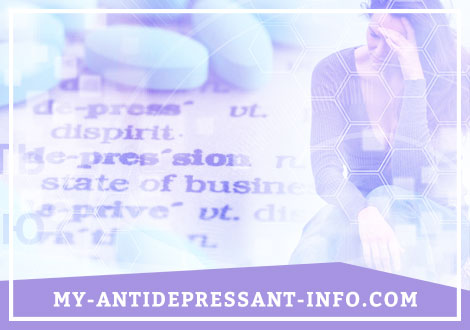 However, over time, diagnostic tools have become more advanced and accurate. It has become easier to detect PTSD. Various checklists have been developed for adults and children oriented scales created for young people. In the case of PTSD, it is also worth noting that the symptoms must go on for more than four weeks. Anything less than four weeks would be treated as general anxiety and resolved accordingly.

It is always better to prevent disorders rather than cure them. There have been efforts to find precautionary measures or therapies for PTSD too.

One of these measures is psychological briefing wherein a medical practitioner would conduct interviews with the affected person. The intent of these interviews is to help the person open up about the incident. Rather than keeping the incidents to him, discussion of the event with the practitioner would help the person properly structure it in his brain. However, the method is not fool proof. Revisiting the incident can also have certain negative consequences for the patient. In fact, it is understood that thinking about the event is much better than talking about it.

Targeted attempts at helping the person are also used for preventing PTSD. It attempts to clarify certain misconceptions that the person might have with regard to the traumatic event. In this case, the medical practitioner would like to give more knowledge to the person regarding the event. This process might even take the form of providing instructions on a specific task.

Overall, however, prevention methods have faced criticism for not being completely fool-proof. They can even have a negative impact on the affected person.

Various methods have been identified to help treat PTSD. Every method, however, is different and produces varied results on a diverse set of people. Hence, it becomes important to spot the treatment which would work perfectly in a given case.

PTSD treatment has two parts: Psychotherapy and Medication. They may be practiced together or individually.

In simple words, it involves interacting with the health practitioner. This kind of interactions may occur one on one or they may occur together with a group of people. Two common therapies used here are:

Cognitive Behavior Therapy (CBT) believes that the problem lies in the thinking patterns of PTSD victims. Hence, it intends to bring about changes in those thought processes of an individual which cause mental strain. During CBT, an affected individual is taught to identify those particular thoughts which cause them mental stress. Then, he is guided in replacing those thoughts with positive emotions and feelings. Over a period of time, it is believed that this process can bring about drastic changes in individuals.

Advocates of Eye Movement desensitization and reprocessing (EMDS) believe that controlled eye movements are linked to positive thoughts. So, if a person moves his or her eyes, he will be better able to process and resolve negative thoughts related to traumatic incidents. Hence, the health practitioner would consistency move his hands or tap his foot or use tones so that the patient keeps moving his eyes in a controlled manner. This movement of eyes helps the patient improve his mental health.

These methods are not without controversies. Though CBT is accepted as the standard treatment procedure for PTDS at various places, many researchers have disputed the impact of eye movements on EMDS therapy. There is yet to be a large scale credible study which compares a group of people treated using eye movements to those treated without eye movements. However, EMDS has consistently ranked much better than many other treatment options.

These two methods might be the most important treatment procedures. However, years of research has thrown open some other options too like Exposure therapy where trauma survivors are made to relive the experience all over again. This is done so that they can get habituated to it and can process it better. Other methods include personal contact with other people which can significantly boost mental health and regular sports which can amplify feelings of self control.

First of all, medications can only support additional treatment in PTSD. They cannot be expected to cure PTSD on their own. Secondly, even after years of research, only some medicines have been observed to help PTSD patients cope with the disorder. Two common classes of medication used for PTSD have been Antidepressants and Glucocorticoids.

Antidepressants are useful in helping a person cope with negativity, which is a common symptom with regard to PTSD. It also helps people become more active and cheerful which benefits them in various ways over a period of time.

On the other hand, Glucocorticoids are used to prevent neural degenerations. Due to the extended stress period in PTSD, there are chances of damages to neural networks. Here, Glucocorticoids come in handy. However, they should be used in a limited way. If they are used too much, they may prove dangerous.

Children are often treated using play therapy as complex treatments procedures like CBT and EMDS may need additional support in their case. Playing games has been believed to play a strong role in children’s lives. Playing also helps them connect with the outside world and helps them form tenable opinions about it. Hence, they often showcase their stress in varied ways while playing. At times, playing may help children in reliving the traumatic events. This would help them overcome their fear regarding them.

Higher PTSD rates have been seen in conflict affected regions of the world. Also, it has been shown to be more intense in women than in men. PTSD especially came to the limelight after the world wars. People affected directly by the war would often feel its psychological impact for many months to come. The United States army had to take PTSD even more seriously after the increase in war veterans from Vietnam and other campaigns.

Today, PTSD is a globally recognized disorder and an active research area with standardized methods of treatment. However, all is not well. Though awareness about PTSD has been growing over the years, research has still not been able to bring up accurate prevention or detection methods. Often, people keep suffering for years without being able to understand what is wrong with them. At times, simple unresolved issues grow to gigantic mental problems. Hence, a lot remains to be done.