Panic attacks are strange occurrences as people react in inexplicable ways to perfectly normal situations. They suddenly turn very afraid of whatever is happening around them. Soon, they start experiencing various symptoms like numbness, sweating and start feeling that they have lost control of their lives. 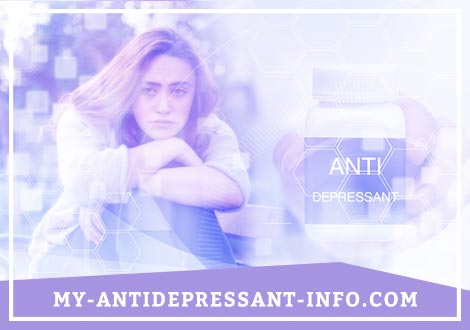 However, there is a difference between panic attacks and panic disorders. Panic attacks mean that people find it difficult to manage certain stressful situations in life. Once the stressful occasion has passed away, they become absolutely normal. However, there are some people who might get an attack in normal situations too. They get these attacks more than just once or twice in a lifetime. Such people are diagnosed with a panic disorder, which is different from having a single panic attack.

Panic attacks are not too difficult to spot. People affected behave very differently and oddly. The immediate bodily responses may be in the form of sweating, sudden increases in heart rates, trembling and shaking. They might even experience sudden chills and might find it difficult to breathe consistently.

Soon, these symptoms might cause a person to turn nauseous. He might complain of headaches and chest pains. Not only this, he might experience a sudden dizziness. He may find it difficult to keep control over him and may instead start acting very differently. In these situations, it is always better for someone to hold on to him and keep him stable. Otherwise, things can take a wrong turn.

With regard to panic attacks, we must understand that there is usually a psychological storm going on in the victim’s mind. This might showcase itself in diverse ways. Some people lose control over them completely and feel that they would not be able to handle things at all. Others start feeling as if an imminent threat is just round the corner. At times, victims of panic attacks become completely detached from the world around them. They respond very slowly to external stimuli around them.

There are certain special symptoms associated with panic attacks too. Tunnel vision has been observed in a number of cases where a person retains only his central vision. He loses his peripheral eyesight because of a sudden fall in the levels of blood reaching the eyes. This blood is instead used for other defensive mechanisms. At times, people fall prey to the fight or flight syndrome and feel trapped.

A common cause of panic attacks can be found in other physical and mental disorders like depression, substance abuse and post traumatic stress disorder. Besides this, bad habits like excessive drinking or smoking can lead to panic attacks in individuals.

However, in a general case scenario, we can conclude that the following factors can be behind panic attacks:

1. Moody disposition: In case the person suffers from a sudden mood swings or sudden shifts in temperament, then he or she may be more vulnerable to panic attacks. This is natural because small issues can deeply frustrate them.

2. Genetics: Often, it has been observed that people whose linear ascendants have had panic attacks might be more exposed to it. Hence, if there is a family history of violent sudden attacks, one must be extra careful.

3. Major stress: Finally, immediate stress can be said to be one of the most common causes for having a panic attack. In case a situation goes haywire or gets out of control, a person might end up feeling helpless and may experience an attack.

This might not be an exhaustive list. However, it does cover up a huge chunk of cases which have observed in the recent past.

In general, it has been observed that old people and children are less likely to have violent attacks. They usually happen at the start of adulthood and continue throughout. Moreover, women have been known to have more panic attacks than men. Hence, the risks differ from one demographic group to another. However, some factors are common for each and every individual.

The first among these factors would be uncontrolled persistent stress. If a person is facing way too much stress, he should be extra cautious regarding his mental health. Too much stress makes a person fragile and any extra burden can have a fatal impact.

Too much of smoking or drugs can also become a cause for sudden unexplainable panic attacks. Besides these, if the person or his family has had a history of mental disorders, then his chances of being unnerved by stressful situations is greater.

Hence, it makes sense for a person to avoid undue stress and unrestrained smoking. Also, in case he is more susceptible to panic attacks, he must be careful about how he goes about unfamiliar situations.

One special fact about panic attacks is that they can be a result of a number of other illnesses or disorders. Hence, a comprehensive diagnosis must rule out these other illnesses so that proper treatment can be given to the affected patient.

Before taking up the checklist of symptoms used to diagnose panic attacks, a person may have to sit through blood and heart tests, physical body evaluations and psychological inspections. The results will help a health practitioner pinpoint if a person has a serious panic disorder or not.

Again, panic disorders and panic attacks are different and it is important to identify the one being faced by a person at this stage. Panic disorders are panic attacks of a much larger degree. They too involve sudden fits of agitations but are very difficult to explain. They often occur with a large overbearing context like a stressful situation.

Besides this, a panic disorder would involve two successive panic attacks in a month’s time and the intermediate period must have been spent fearing about the repeated occurrences of panic attacks like losing body control and going numb. Checking all aspects is significant because a diagnosis, complete in all respects, helps in administering accurate treatment.

Like many other mental disorders or disturbances, panic attacks are also treated using a combination of therapy and medication. It has been largely known to produce positive results though some exceptions do exist.

Largely, psychotherapy is used for treating panic attacks in individuals. These involve interactive sessions with a health practitioner who creates the right environment and shows the right direction for the victim to come out of his illness.

Cognitive Behavioral therapy (CBT) has been known to be extremely effective in treating cases of panic attacks. In general, CBT tries to bring about changes in the way a person thinks and behaves. In the case of panic attacks, the practitioner tries to create the situation of the panic attack once again. Now, under the guidance of the therapist, the patient tries his best to solve the situation or to face it. Once he starts facing the situation, he progressively becomes less afraid of it. The next time any similar occasion comes up, the person is able to manage things in a much better way.

CBT, like any other therapy, will take time. Patients need to wait for some months before they can see substantial changes. However, once the issue is resolved, it makes them feel in more control of their body and their surroundings.

Medicines might show more benefits if they are taken along with the compatible therapies. There are two classes of medicines which are generally helpful in fighting off panic attacks.

First of all we have antidepressants which help in lifting a person’s mood. They help in fighting the negativity which is usually characteristic of an unhealthy mind. At the same time, they give a person more energy and focus to fight off difficult and stressful situations.

Secondly, practitioners often use Benzodiazepines. These compounds help in depressing the central nervous system of a person. They are helpful in the short term. However, they must not become a habit. 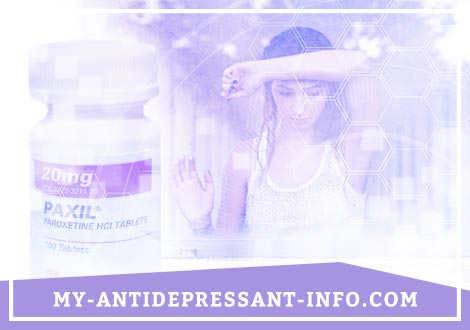 With medications, it must also be noted that all medicines might turn out to have side effects. Hence, they must only be consumed in limited quantities and must be left out completely if a person can do without them.

Other methods of treatment

Panic attacks are one of those cases where a person can do a lot to improve his own situation. He does not have to be mandatorily under strict medical supervision and care. He can work on his own abilities too.

1. Changes in a person’s routine: A number of small changes and habits can make panic attacks impotent. For example, people who have a habit of drinking or smoking way beyond their capacity must cut down on their habits. Also, a person should become more physically active which will give him or her energy to fight situations in a much better way. Physical activity can take the form of exercises, yoga, sports or anything else.

2. Joining self help groups: This has been known to have positive impacts on a person. They help a person open up about his experiences and listen to others’ opinions. This way he gets more time to process his thoughts and to come up with ways to handle difficult situations.

3. Relaxation activities: Breathing exercises are especially helpful in making a person feel relaxed. When a person focuses exclusively on his breathing, he can relax his heartbeat considerably and calm his body.

There is no thumb rule that only a health practitioner contains the secret recipe to get a person back to being healthy again. If a person is determined about getting better, he can achieve wonders by his own too.

Panic attacks diverge from other mental disorders on the point of treatment results. This is because a large proportion of panic attacks, approximately thirty three percent, are actually treatment resistant. This means treatment of any kind would not work on these attacks and the victims would always be vulnerable to further attacks.

However, all hope is not lost. In some cases, though there is not a complete eradication of panic attacks, the effects do become milder. Victims might still face symptoms of attacks but these symptoms might not occur all at once. Also, when they do occur they might be more controllable and nuanced. This may help people in facing them more effectively.

There are certain patterns which can be deciphered in the way panic attacks strike. For example, they have been found to be more common in women than in men.

Moreover, they can be traced pretty early on in life. Once children enter their teenage years, they may start experiencing panic attacks. It is wise to handle these issues at that young age. If they are allowed to persist, they will only grow and might soon become intolerable.

Panic attacks also vary widely between countries and continents. In Europe, studies have shown that panic attacks affect around 3% of the population. On the other hand, the figures for the United States of America are much higher. 11% of people residing in the US are affected by panic attacks every year.

Panic attacks being common and relatable have received a fair share of attention in the past. However, we are yet to discover an overarching framework which would describe the precise causes of panic attacks. Also, about one third of panic attacks still remain immune to therapy. They cannot be cured. The way forward for research in this field must definitely incorporate these issues.

Another interesting angle for panic attacks is the way in which self help can play a big part in treatment. Besides joining self help groups, undertaking relaxation exercises and engaging in sports, a person can try and find the right way to handle stressful situations himself. This makes him much more self dependant and he emerges out of his illness stronger.