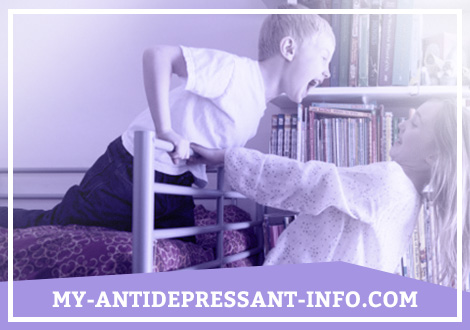 What are Tic Disorders?

Both motor and voice tics can be classified as simple or complex. Common simple motor tics include blinking, neck twitching, nose twitching, shoulder twitching, and facial grimacing. Common simple vocal tics include coughing, sniffing, grunting, barking, snorting, hissing. The usual complex motor tics are shaking oneself, touching oneself and / or objects, bouncing, crouching, gesturing. The usual complex of voice ticks includes the repetition of special words, sounds (palilalia), phrases, curses (coprolalia). Ticks tend to be experienced as irresistible, but usually they can be suppressed for different periods of time.

Tics are often found as an isolated phenomenon, but they are often combined with emotional disorders, especially with obsessive or hypochondriacal phenomena. Specific developmental delays are sometimes associated with ticks.

The main sign of the differentiation of tics from other motor disorders is the sudden, fast, transient and limited nature of movements in the absence of a neurological disorder. The repetition of movements and their disappearance during sleep, the ease with which they can be voluntarily caused or suppressed, is characteristic. The lack of rhythm allows them to be distinguished from stereotyping in autism or mental retardation.

One of the most important factors for the occurrence of tics is a violation of the neurochemical regulation of the central nervous system. In the occurrence of tics, head injuries play a role. The use of psychostimulants enhances existing tics or causes their appearance, which suggests the role of dopaminergic systems, in particular, increasing the level of dopamine in the occurrence of tics. In addition, the dopamine blocker, haloperidol, is effective in treating ticks. The pathology of noradrenergic regulation is proved by the deterioration of ticks under the influence of anxiety and stress. Equally important is the genetic condition of the disorder. Currently, there is not a single satisfactory explanation for variations in the course, reactions to pharmacological drugs, or a family history of tic disorders.

What is Transient Tic Disorder?

This disorder is characterized by the presence of single or multiple motor and / or vocal tics. Ticks appear many times a day, almost every day for a period of at least 2 weeks, but not more than 12 months. There should be no history of the manifestation of Gilles de la Tourette’s syndrome or chronic motor or voice tics. The onset of the disease before the age of 18 years.

Transient tic disorder is most likely either unexpressed organic or psychogenic in origin. Organic tics are more common in a family history. Psychogenic tics most often undergo spontaneous remission.

Prevalence
From 5 to 24% of school-age children suffered this disorder. Tick ​​prevalence is not known.

This is the most common type of tick and the most common at the age of 4-5 years. Tics usually take the form of blinking, grimacing faces, or twitching of the head. In some cases, tics occur as a single episode, in others there are remissions and relapses after a certain period of time.

The most common occurrence of ticks:

From the very beginning of the disorder, there is no clarity, the tick disappears spontaneously or progresses, turning into a chronic one. Since drawing attention to ticks enhances them, it is recommended to ignore their appearance. Psychopharmacological treatment is not recommended, provided that the disorder is mild and does not lead to disability. Behavioral psychotherapy aimed at changing habits is recommended.