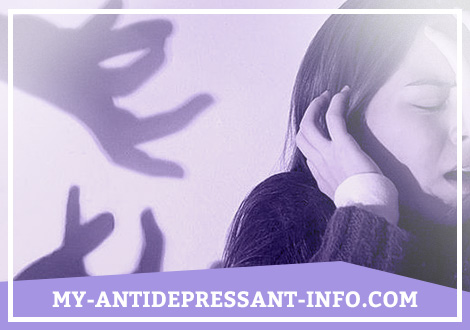 What is Anxiety Phobic Disorders?

From a psychoanalytic point of view, phobia is a protective mechanism against awareness of taboo ideas, such as aggression directed at parents, incestuous ideas. An object of phobia often symbolically indicates a real object or situation in which traumatic ideas have arisen. Primary anxiety associated with the separation (separation) of the child with the parents in early childhood, is subsequently reproduced in neurosis, even in the case of the expected separation with the object of attachment.

Conditions arise on a special psychasthenic constitutional ground, which is characterized by suspiciousness, anxiety, emotionality, shyness, timidity. The onset and fixation of the disorder occurs as a conditioned reflex.

At first, fear arises in the presence of a pathogenic situation, then during memory, and, finally, fills all thinking, turning into a special obsession.

They are manifested by specific obsessive fear and anxiety that arise in a certain situation, accompanied by autonomic dysfunction. As a result, these situations or objects are avoided or carried over with a sense of fear. The “old” authors called this group of diseases the “garden of Greek roots” with the prefix phobia, for example, claustrophobia, misophobia, agoraphobia. The behavior of patients is appropriate. Fear with phobias is conditioned – that is, it appears only under certain conditions and does not arise outside these conditions.

Identification and description by the patient of anxiety, fear, accompanied by autonomic dysfunction.

Differential diagnosis
It should be differentiated with obsessions (anancasms), which develop on a different constitutional basis (pedantry, stuck, decency, rigidity), as well as with organic disorders accompanied by anxiety – cardiovascular, pulmonary, neurological, endocrine, intoxication, withdrawal symptoms.