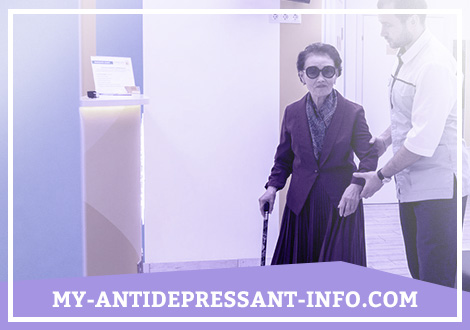 What is a Specific Developmental Disorder of Motor Functions?

An essential feature of the disorder is a serious violation of motor coordination, which cannot be explained by general intellectual retardation or any congenital or acquired neurological disorder, development dysplasia. A diagnosis is made if the impairment significantly affects learning ability or everyday life. The presence of motor clumsiness with a certain degree of visual-spatial cognitive impairment is characteristic.

The frequency of this disorder in children aged 5 to 11 years is 6%. The incidence rate for boys and girls is unknown, however, as with most developmental disorders, boys are more affected than girls. Data on a higher percentage of cases among relatives are not available.

Causes of a Specific disorder of the development of motor functions

Possible etiological factors are divided into two groups: developmental factors and organic. The development hypothesis suggests the cause of this disorder in the unformed or delayed development of perceptual-motor skills. According to this theory, a favorable prognosis is possible with this disorder, since the maturation of brain structures interested in the pathological process occurs.

According to organic theory, minimal cerebral strokes or dysfunctions create a predisposition to the development of a disorder of motor functions. These disorders are the result of prenatal and perinatal complications (maternal toxicosis, fetal hypoxia, low birth weight; intrauterine events that can cause brain injury or physical trauma to the fetus or newborn). Sometimes the syndrome of child clumsiness is diagnosed as minimal cerebral dysfunction, but at present this term is not recommended, as it has many different and sometimes conflicting meanings.

In infancy and early childhood, the disorder manifests itself as a delay in reaching the normal stages of development (for example, in turns, crawling, sitting, standing, walking). Difficulties in coordination are not caused by defects in vision, hearing, neurological disorders. At the age of 2-4 years, awkwardness manifests itself in all areas of activity requiring motor coordination. Such children are clumsy in their movements, slowly learn to run, jump, climb and descend the stairs, do not hold objects in their hands, easily drop them. Their gait is unstable, they often stumble and hit obstacles. Difficulties in tying shoelaces, catching the ball, unfastening and buttoning buttons are likely. The degree of impairment varies from impairment of fine motor skills (poor handwriting) to gross motor discoordination. Erased speech disorders can be observed, which are more of a concomitant nature (more often involving subtle articulation).

Poor drawing skills are typical, children do poorly with complex pictures, designers, building models, do not navigate board games, card recognition – these are children with typical subcortical dysfunction, immaturity of the right hemisphere of the brain and / or impaired formation of interhemispheric relationships.

During the examination, immaturity of the development of the nervous system, the presence of total synkinesia and mirror movements, signs of poor fine motor coordination are revealed. Tendon reflexes are either raised or lowered on both sides. There are no neurological disorders, manifestations of cerebral palsy (cerebral palsy), muscular dystrophy.

At an older age, there are often secondary disorders (poor school performance, disturbances in the sphere of emotions and behavior, a tendency to low self-esteem, isolation). In general, motor awkwardness persists in adolescence and throughout adulthood.

Diagnosis of a Specific Disorder of the Development of Motor Functions

The diagnosis is made in the presence of the following criteria:

Mental retardation is characterized by a general decrease in the level of performance of all types of activity both in the verbal and nonverbal sphere. General developmental disorders, especially those combined with disorders in the motor sphere, must be excluded.

It includes a combination of medical, neurophysiological, neuropsychological methods for the correction of motor dysfunction and modified methods of perceptual motor training and physical education. For most preschool children, the Montessori method, which helps develop motor skills, is useful. Secondary behavioral or emotional problems and associated speech disorders require adequate medication and psychotherapeutic treatment. Family counseling is recommended to reduce anxiety and guilt in parents.