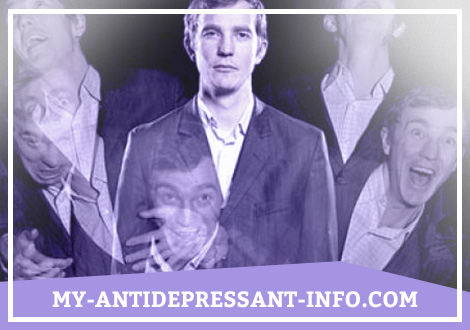 What is Schizoaffective Disorder?

The incidence varies with nosological orientation, but less than with schizophrenia and affective disorders.

Etiologically schizoaffective disorders can be considered as a result of the interaction of bilateral genetic burden of schizophrenia and affective disorders. However, there are indications of the genetic independence of these disorders, their tendency to picnic constitutional pole. The periodicity factor brings these disorders closer to epilepsy, this is also confirmed by the EEG data: some patients have paroxysmal activity in the right (non-dominant) temporal region and diencephalic region.

Depending on the nosological orientation, these disorders were equally successfully attributed to periodic paranoid schizophrenia and atypical variants of affective psychoses (bipolar or recurrent).

Schizoaffective disorder is a transient endogenous functional disorder that is almost not accompanied by a defect and in which affective disorders accompany and last longer than the productive symptoms of schizophrenia (F20). Attacks are characterized by high polymorphism. The structure of seizures: depressive-paranoid and expansively (manic) -paranoid pictures.

Depressive-paranoid seizures usually manifest in a reduced mood, which is joined by delusions of self-incrimination, the idea of ​​poisoning, infection with AIDS, cancer or another incurable disease. At the height of the attack, a depressive stupor or a depressive onyroid with immersion in the depths of hell is possible. The inclusion of symptoms of the first rank characteristic of schizophrenia, for example, a symptom of open thoughts, auditory peremptory hallucinations, is likely. The ideas of general destruction and decay (Kotar’s delirium, nihilistic delirium), eternal sinfulness (Agasfer syndrome) and hypochondriacal delirium may end in depression.

Expansive (manic) paranoid seizures can manifest with expansive or manic affect, decreased sleep duration and unbridled fun and are accompanied by ideas of greatness (expansive paraphrenia), ideas of hypnotic, psychoenergetic or instrumental effects on thoughts, behavior, feelings and motivations. At the height of psychosis, oneiric inclusions of cosmic content, magical delirium, and a change in the rate of the passage of time are possible. The way out of psychosis can be accompanied by hypomania.

In mixed conditions, affect fluctuations from hypomanic and manic to depressive with ambivalent (Manichaean) delirium are noted, the content of which is a struggle of the forces of good and evil with the corresponding positive and negative auditory hallucinations, which are contradictory and mutually exclusive. Mixed conditions can also be characterized by an alternation of depressive-paranoid and expansive-paranoid disorders in the form of psychoses of happiness-fear.

The duration of psychosis is at least 2 weeks. In the transmission, usually there are no signs of an emotional-volitional defect, but after acute psychosis for a while either schizophrenic or affective symptoms may persist.

In treatment, seizure treatment and prophylactic therapy of subsequent seizures are divided. In the treatment of depressive-paranoid seizures, antipsychotics and tricyclic, tetracyclic antidepressants (amitriptyline, melipramine, velbutrin, maprotiline) are used. In the treatment of expansive-paranoid states of antipsychotics (sometimes beta-blockers) and lithium or carbamazepine. Preventive therapy is based on the use of maintenance doses of lithium carbonate (contemnol, lithinol, lithobide) in doses up to 400-500 mg or carbamazepine in doses up to 200 mg, sometimes valproic acid preparations. In depressive-paranoid episodes, ECT is also used.