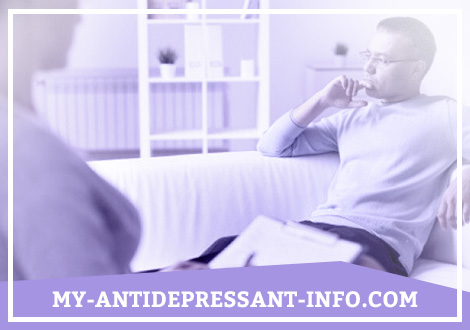 What are Somatoform Disorders?

Somatoform disorders are a group of psychogenic diseases in the clinical picture of which mental disorders are hidden behind somatovegetative symptoms resembling a somatic disease, but no organic manifestations can be attributed to a disease known in medicine, although there are often non-specific functional disorders. The main symptom of somatoform disorders is the recurring occurrence of physical symptoms along with the constant demands of medical examinations, contrary to the negative results confirmed and the doctors assured us that there is no physical basis for the symptoms. If physical disorders are present, then they do not explain the nature and severity of the symptoms or distress and concern of the patient. Even when the onset and preservation of symptoms is closely related to unpleasant life events, difficulties or conflicts, the patient resists attempts to discuss the possibility of its psychological conditioning; this can occur even if there are distinct depressive and disturbing symptoms. The achievable degree of understanding of the causes of symptoms is often frustrating and frustrating for both the patient and the doctor.

With these disorders, there is often a certain degree of hysterical behavior aimed at attracting attention, especially in patients who are indignant due to the inability to convince doctors of the predominantly physical nature of their disease and the need to continue further examinations and examinations. Some patients are able to convince doctors of the presence of a specific pathology, being convinced of this themselves (Munchausen syndrome). Some researchers are convinced that somatoform symptoms are actually manifestations of latent depression, and on this basis they are treated with antidepressants, others believe that they are special conversion, that is, dissociative disorders, and therefore should be treated with psychotherapeutic methods. However, it should be remembered that these disorders can be pre-symptoms of true somatic diseases, and this implies close attention to the somatic examination of these patients.

In etiology, the main role is played by 3 groups of factors.

Hereditary-constitutional factors. In this group of factors, the most significant role is played by the constitutional-typological features of the central nervous system and personality-accentuation features in the form of characterological features of the asthenoid circle with excessive sensitivity, timidity, increased exhaustion; One of the most common options is the “hypochondriac type”. The essential role is played by affective-dysthymic traits – “born pessimists” and hysteroid traits. The neurophysiological features of the central nervous system are characterized by the weakness of nonspecific activating systems, primarily the reticular formation.

Psycho-emotional, or psychogenic factors. These are factors of external influence, mediated through the mental sphere, having both cognitive and emotional significance, and therefore play the role of psychogeny.
By the nature of the impact in the group, the following variants of psychogenic factors can be distinguished:

According to the scale of the impact, external factors are divided into:

Today, as a pathogenetic theory of the formation of somatoform disorders, it is customary to consider the neuropsychological concept, which is based on the assumption that people with a “somatic language” have a low threshold for tolerance of physical discomfort. What one feels as tension is perceived as pain in somatoform disorders. This assessment becomes a conditioned reflex reinforcement of the emerging vicious circle, imaginatively confirming the patient’s gloomy hypochondria premonitions. Personally significant stressful situations should be considered as a trigger mechanism. At the same time, it is more often not obvious, such as death or severe illness of loved ones, trouble at work, divorce, etc., but minor troubles, chronic stressful situations at home and at work, to which people pay little attention.

In the clinical picture of the disease, pathological bodily sensations predominate, which present significant difficulties for differential diagnosis. Manifestations of somatoform disorders are diverse, patients turn, as a rule, primarily to therapists, then, being dissatisfied with the lack of treatment results, they use expensive specialists to narrow specialists. sometimes invasive, diagnostic methods. Somatic is framed by emotional instability, anxiety, and low mood. Patients constantly complain about something, complaints are made very dramatically. Despite excessive detail, they are vague, inaccurate and inconsistent in time. Patients can neither be reassured nor convinced that the painful manifestations are associated with mental factors. The doctor has a natural, sometimes difficult to hide irritation – and as a result, the patient continues to go to doctors in search of a “good doctor”, the patient is often hospitalized in somatic hospitals and undergoes inconclusive surgical interventions. However, behind all these complaints are mental disorders that can be detected with careful questioning: a lowered mood that does not reach the level of depression, a decline in physical and mental strength, in addition, irritability, a feeling of internal tension and dissatisfaction are often present. Exacerbation of the disease is provoked not by physical exertion or by changes in weather conditions, but by emotionally significant stressful situations.

To make a diagnosis, it is first necessary to exclude somatic causes that can cause these complaints, and only then raise the question of the presence of somatoform disorder. If the patient presents a lot of fuzzy complaints that do not find instrumental and laboratory confirmation, the history of numerous examinations and consultations, the results of which he remains unsatisfied, we can assume that he suffers from somatoform disorder. Such patients undergo complex diagnostic procedures, often doctors tend to surgical treatment, here there are frequent cases of dependence on analgesics. Often, temporary relief comes from unconventional methods of therapy or as a result of invasive interventions (surgical treatment). The peculiarity of reactions to diagnostic interventions and symptomatic therapy also testifies in favor of somatoform disorder:

Differential diagnosis. Differentiation of somatoform disorders is carried out with a whole group of diseases in which patients present somatic complaints, first of all, these are somatic symptoms of depression and primarily symptoms of true somatic diseases. Differential diagnosis is difficult due to the fact that dysfunctions can really be combined with these disorders. Differentiation from hypochondriacal delirium is usually based on careful consideration of the case. Although the patient’s ideas persist for a long time and seem contrary to common sense, the degree of conviction usually decreases to some extent and for a short time under the influence of argumentation, reassurance, and new examinations. In addition, the presence of unpleasant and frightening physical sensations can be considered as a culturally acceptable explanation for the development and preservation of a belief in a physical illness.

Today, the treatment of somatoform disorders includes a wide range of therapeutic and prophylactic measures, however, the combination of psychotherapy and pharmacotherapy is the main focus.

Patients are almost never able to accept the thought of the psychic nature of painful somatic sensations. Therefore, the treatment program should be strictly individualized with the optimal combination of pharmacotherapy, psychotherapy, behavioral methods, social support and should be carried out mainly on an outpatient basis. Only with prolonged non-remission course of the disease, resistance to standard therapeutic regimens, treatment in a specialized department is possible.

Pharmacotherapy of somatoform disorders involves the use of a wide range of psychotropic drugs:

In addition, the therapy of somatoform disorders must be supplemented with vasoactive, nootropic drugs and vegetative stabilizers in medium therapeutic doses. The use of psychotropic drugs reveals the benefits of antidepressants and tranquilizers, apparently because they help to improve sleep, appetite, alleviate suicidal tendencies, which are often found in patients with persistent somatoform pain.

In addition to the main methods of therapy, physiotherapy and acupuncture are used.

Treatment should last at least 4-6 weeks, as the symptoms of somatoform disorders tend to recur with the rapid withdrawal of drugs; maintenance therapy is recommended for up to three months (on average, 1-1.5 months) with a gradual dose reduction every three days.