Paxil (Paroxetine) is an antidepressant with a strong anti-anxiety effect, a selective serotonin reuptake inhibitor (SSRI).

Developed and patented by the Danish company A/S Ferrosan (in the UK - in 1973, in the USA - in 1977, base and maleate), now due to the expiration of the term of patent protection has passed into the category of generics. 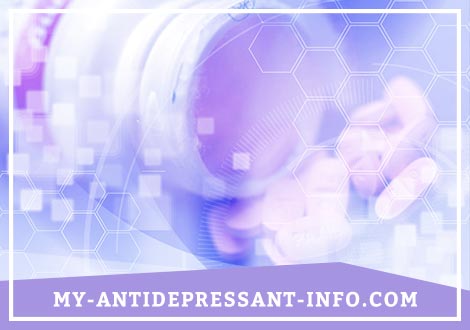 Anti-depressant sertraline has a paroxetine-like but less potent anti-anxiety effect.

It is the most potent serotonin reuptake inhibitor of all SSRIs. It has a weak, although significantly greater than that of other antidepressants of the SSRI group, an agonism towards noradrenaline receptors; also has low affinity for dopaminergic and histamine (H1) receptors and some similarities with tricyclic antidepressants with a significantly lower ability to cause their characteristic side effects from the central nervous system and the autonomic nervous system. It exhibits affinity for muscarinic acetylcholine receptors, although to a much lesser extent than tricyclic antidepressants, as well as low affinity for α1, α2, and β-adrenergic receptors.

The presence of paroxetine anticholinergic effect leads to the fact that when it is taken there is a rapid reduction of anxiety and insomnia, with the initial activating effect typical of the SSRI group, which is less pronounced, with less side effects such as vomiting or diarrhea. Accordingly, this antidepressant may be preferable in the treatment of anxiety-phobic disorders, anxiety depressions, but it will be worse tolerated if a pronounced mental and motor inhibition is present in the structure of the depressive disorder.

The ability of paroxetine in high doses to inhibit the reuptake of dopamine brings it closer to sertraline. However, while the beneficial effect of sertraline on cognitive function is associated with the effect on dopamine reuptake, paroxetine, in contrast, can cause cognitive impairment. Apparently, this is due to its rather pronounced anticholinergic properties and weaker effect on dopamine receptors compared to sertraline.

The side effects of paroxetine include:

On the part of the autonomic nervous system: excessive sweating, dry mouth.

On the part of the endocrine system: hyperprolactinemia.

On the part of the digestive system: nausea, loss of appetite, vomiting, constipation, diarrhea, clinically significant weight gain, dyspepsia; in rare cases, the hepatotoxic effect: an increase in the level of transaminases, cholestatic and hepatocellular lesions.

When paroxetine is used, in rare cases even at a therapeutic dose and most often with the concomitant use of tryptophan, tramadol, tryptane, lithium, irreversible inhibitors of MAO or other drugs that affect serotonin metabolism, the risk of a potentially deadly side effect, serotonin syndrome, is not excluded.

In rare cases, paroxetine can induce mania or hypomania in patients suffering from unipolar depressive disorder and in patients with bipolar affective disorder.

Anxiety, anxiety, panic attacks, irritability, hostility, impulsivity, other unusual changes in the mental state, increased depression or suicidal thoughts are possible, especially at the first stage of treatment, either by adjusting the dose up or down. Paroxetine is characterized by increased suicidal risk in different age categories: in young people, in adolescents, and in adults.

Taking fluoxetine and paroxetine (but not other SSRIs) in the first trimester of pregnancy increases the risk of fetal heart development disorders.

Systematic studies of paroxetine in animals and humans regarding the potential for abuse, tolerance and the ability to cause physical dependence have not been conducted. Although clinical studies did not reveal a tendency to drug dependence, these observations were not systematic, and on the basis of such limited results it is impossible to draw conclusions to what extent the drug acting on the central nervous system will cause abuse, will be used for other purposes or will go to the market. Thus, patients should be carefully examined for a history of drug dependence, and when it is detected, patients should be carefully monitored to identify the misuse or abuse of Paxil (for example, development of tolerance, increase in dosage, drug dependence).

Paroxetine therapy should be discontinued gradually because of the risk of withdrawal, which is more common than other SSRIs, and is characterized by dizziness, headache, nausea, vomiting, diarrhea, fatigue, instability of gait, flu-like symptoms, anxiety, irritability, insomnia, lethargy, emotional lability, hypomania, tremor, fever and chills, in rare cases paresthesias and visual impairment. 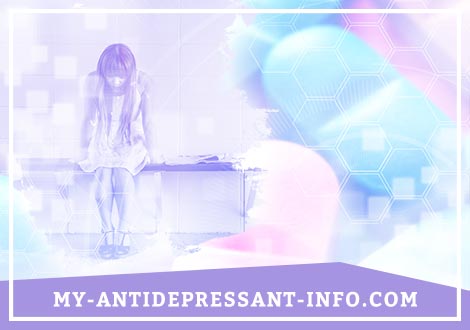 Treatment: gastric lavage and the use of activated carbon; ensuring the conductivity of the respiratory tract, oxygenation and ventilation of the lungs; heart rate and other vital functions; supportive and symptomatic measures.

Not recommended for use in pediatric practice because of the high risk of undesirable clinical outcomes, including auto-aggressive behavior, the occurrence of severe aggressiveness and increased depression, as well as for use during pregnancy and conception because of the risk of congenital malformations.

Paroxetine and other SSRIs are used with caution in patients with epilepsy (careful monitoring is necessary, with the development of seizures, treatment is stopped), with simultaneous use of ECT, in cardiovascular diseases. SSRIs, although not significantly, can affect concentration and coordination, for example, when driving.

During treatment with paroxetine, it is necessary to abandon the use of alcoholic beverages.

In combination with mirtazapine, it can enhance the effect of both drugs. Such combinations of several antidepressants are used for depressions that are difficult to treat.

Increases the concentration (with the risk of increasing side effects) of tricyclic antidepressants, anticonvulsants, barbiturates, indirect anticoagulants, phenothiazine neuroleptics, antiarrhythmic drugs 1C, metoprolol. With the combined use of paroxetine with atypical antipsychotics, phenothiazine antipsychotics, tricyclic antidepressants, NSAIDs (including acetylsalicylic acid), blood clotting may be impaired.

Sodium valproate leads to a slower metabolism of paroxetine and increases its concentration in the blood.

Combined paroxetine with neuroleptics may increase the risk of extrapyramidal symptoms and neuroleptic malignant syndrome.

Paroxetine may increase the severity of psychomotor disorders, if it is used in conjunction with benzodiazepine tranquilizers.

Inductors of microsomal oxidation (barbiturates, difenin) reduce, and inhibitors (cimetidine) increase the concentration of paroxetine in the blood.

Similar to paroxetine, but less pronounced effect with less severe side effects has antidepressant sertraline, which also belongs to the group of SSRIs.

An alternative to paroxetine for dealing with anxiety can be tranquilizers, such as grandaxine. Tranquilizers do not have pronounced side effects and are suitable for one-time struggle with anxiety: at their own wedding, exams, public speaking. Paroxetine and sertraline are used for long-term severe anxiety disorders, such as panic attacks.

To combat depression without the anxiety component, newer antidepressants, such as duloxetine (Simbalta) and milnacipran (Ixel), prefer paroxetine, since they act on both serotonin and norepinephrine and cause fewer side effects.

In 2006, representatives of GlaxoSmithKline, a company producing the drug, reported that taking paroxetine is associated with an increased risk of suicide. Several dozens of lawsuits were filed against the company by the victims and their family members. The lawyers of the affected parties were able to gain access to the company's internal documentation and conclude, on the basis of its study, that GlaxoSmithKline already in 1989 had information about an eightfold increase in the risk of suicide when taking its drugs; However, the company has long been silent about this data.

According to some reports, paroxetine withdrawal syndrome can be so persistent that in these cases, patients have to reduce the dosage very slowly. It was found that, according to GlaxoSmithKline's own research, the withdrawal syndrome occurred in the majority of healthy volunteers who took paroxetine. According to the WHO, patients taking paroxetine, there are most severe compared with patients taking other antidepressants, the problem of cancellation. GlaxoSmithKline for a long time denied the problem of addiction to paroxetine. In 2002, the FDA issued a warning, and the International Federation of Pharmaceutical Manufacturers Associations announced on American television that GlaxoSmithKline was guilty of misleading the public about paroxetine. In 2003, Glaxo in fine print rewrote previous estimates of the risk of cancellation reactions in instructions from 0.2% to 25%.

A systematic review of 29 published and 11 unpublished clinical studies (authors of the review - C. Barbui, T. Furukawa, A. Cipriani, 2008) showed that paroxetine does not exceed placebo in terms of overall efficacy and tolerability of treatment. These results were not distorted by selective selection of published studies.

Another survey conducted by the famous American psychologist Irving Kirsch and included data from 42 clinical trials of 6 antidepressants, including paroxetine (data from some of these studies were not previously published and ignored), showed that the difference between drugs and placebo averaged only 1,8 points on the Hamilton scale - the difference, though statistically significant, but having no clinical significance. According to another study conducted by Kirsch and co-authors (a meta-analysis of 35 clinical trials of 4 antidepressants, including paroxetine), the difference between antidepressants and placebo reached clinical significance only in very severe depression. The results of the Kirsch study caused a wide resonance and were discussed both in scientific journals and in popular media.

The data regarding the effectiveness of paroxetine in children and adolescents are also doubtful. Thus, in 2001, GlaxoSmithKline published the results of a study 329, which allegedly showed that Paxil (seroxat) is an effective medicine when applied in this age group. The study has become widely known and quoted: by 2010 it was quoted no less than 184 times. GlaxoSmithKline even reported to its own sales representatives that the test 329 "showed remarkable performance." In fact, in the internal documents of the company it was recognized that the effectiveness of the drug has not been proven. In fact, study 329 was negative in terms of effectiveness for all eight outcomes and positive in demonstrating harm, however, these facts were distorted during data manipulation, and the published article of shadow authorship (which had as many as 22 "authors") resulted in a report on the positive effects. The New York State Attorney General sued GlaxoSmithKline in 2004 for deceiving consumers about the harm caused by paroxetine, which led to the disclosure of the company's archives as part of the settlement of the case. In addition to data on the ineffectiveness of paroxetine, it was found that at least eight children became suicidal with this drug, while only one in the placebo group. However, in an article published on the results of study 329, five cases of suicidal thoughts and behavior were identified "as emotional lability," and three additional cases of suicidal thoughts and self-harm were called "hospitalization."

Four of five studies by GlaxoSmithKline of paroxetine in children and adolescents that did not show the effectiveness of paroxetine and showed a possible increased risk of suicidal thoughts and actions were not published. Due to the concealment of data on paroxetine, indicating that the drug caused severe side effects in children, in the UK in 2004, an unprecedented investigation began that lasted four years. This investigation into the occurrence of paroxetine on the market was the largest of all conducted by the UK Agency for the Control of the Circulation of Drugs and Medical Products in connection with the verification of the safety of drugs.